“Flower Power” is what we call the purple PT Cruiser I gave my daughter, Heather, to drive. It had paint chips so she & I put big, colorful flowers all over it. She drove it for a few years but it was so unreliable that she called it the “Demon Car,” and bought her own. She would never drive the PT again, and would only talk about it while hissing.
PT Cruiser 1.jpg
No one drove the PT because it would always leave you stranded someplace, and when guys are stranded in a purple PT Cruiser covered in colorful flowers, that has a certain flavor to it most heterosexual males would rather avoid. The one time Flower Power really worked out was when my son, Heath, drove it to Burning Man. It was the perfect Burning Man vehicle, and was dependable the whole trip.

I'm not much for keeping things we're not using, so I asked Heath to sell Flower Power on Craigslist.
“No one's going to buy it,” Heath said. “And anyway, do you want to sell somebody that piece of shit? I'm not doing it.”

I washed & vacuumed Flower Power; cleaned the glass, wiped Armor-All on the plastic to make it shine like new. The AC-belt always screeched really loud during start-up, so I sprayed it with silicon to stop the noise long enough to sell it. I put air in the one tire that went flat every morning, but most importantly, I drove down to the station and put half-a-tank of gas into it. This chore provided two important things: first, it made the buyer think they were getting $10 worth of gas for nothing, and; second, if I could drive to the gas station and back, the car could be sold. This was very important because the reason the PT was in the garage for the past 6 months was because one of the cam sensors was out; either the hard-to-get-to one on the flywheel, or the easy-to-replace one on the cam. I plugged the Code Reader under the dash, and turned off the Check-Engine light still on from the last time the car was driven. Assuming both cam sensors worked for a bit, the light would stay off, and no one would be the wiser... Until the timing got off, the car started jerking at 10 miles-per-hour, and it went back on, of course.

I took 3 pictures; one that included the big dent from somebody backing out of the garage without closing the black door. I wrote in the ad copy: “Other dings but everyone just looks at the flowers.”
PT Craigs.JPG
The first few calls were scammers, but I got a text message that seemed real enough. It said, “do the flowers come off?”
“No,” I responded.
I didn't hear anything after that, but getting at least one real spark of interest was heartening. A few hours later I got another text from the same number: “when can I look at it?”
“Now.”
“It will be a while, maybe this afternoon.”
“Sure.”
There was a series of texts: “A few more hours.” “I'm coming.”

An hour after the last message, I'd finally given up; another Craigslist flake. I was working in the front yard when this young mid-20s guy walked onto my driveway from the street. He had a sheen of sweat.
“I'm here to buy the PT Cruiser,” he announced.
I looked at him curiously, “did someone drop you off at the gate?” I asked. “I could have given you the gate code.”
“No,” he replied. “I walked.”
“Walked?”
“From the bus stop.”
The bus stop was 2 miles down the road.
“I took the bus from Longview,” he explained.
Now the delay was starting to make sense. Longview? My god, obviously he couldn't haggle on the car, he planned on driving it home. This put things into a kind of a pickle. On-the-one-hand, I was expecting to get maybe $1200 for the car, probably $1000. That way, the new owner could use the money they saved to fix it up. On-the-other-hand, I'm a guy selling a purple car with big colored flowers on it on Craigslist, and this kid was a guy buying said car from Craigslist. This was Craigslist bare-knuckle salesmanship, not some damn Marquess of Queensberry Rules. If he was foolish enough to bring a knife to a gunfight, well that was on him.
Then he said. “This is my first car.”
Oh my god.
And he said, “I saved my money all year.”
Drop. The. Mic.

“I've always wanted a PT Cruiser.” He looked pensive. “Is there anyway to get the flowers off?”
“I don't think so, you'd have to paint it, but, hey, people will know who you are.”
“My friends will laugh at me.”

It's a good thing I have a ton of practice as a heartless salesman. There were times back-in-the-day when I would enter the sales floor on an otherwise lackluster day and light the place of fire. Sometimes I would singly sell more product than everyone else combined. The phony smile crept onto my lips, and my voice went up an octave into friendly-mode.
“My son drove this car to Burning Man without a problem,” I said in my oily salesman drawl.
The young guy was entranced. He really did want a PT Cruiser, even a purple one with colored flowers on it.

I could hear the belts starting to screech as the car drove out of the neighborhood.

I handed the new, crisp $100 bills to Heath.
“What's this for?” Heath asked.
“I sold the PT.”
“No.” Heath was aghast. He looked with concern at the stack of money in his hand. “How much did you get for it?” he asked cautiously.
“$1500.”
Heath didn't say anything for a moment. “Who'd you sell it to?” he asked softly.
“A young guy.”
“Did he know about cars?”
“No. This was his first car. He saved up his Minimum Wage job money for a year to buy it. He came 3 hours by bus from Longview, and had to walk the last hour.”
“Nooooooo,” Heath wailed. “Stop.”
“I sprayed the belts so they wouldn't squeak, filled the tire full of air, and we never drove over 20 miles-per-hour, so it didn't start jerking.”
“I can't hear this.” Heath was almost crying.
“I'm not answering my phone for 2 days in case it's him,” I finished.
Heath ran off.

Later that night, Heath's fiance came over with Heath. She asked how my day was.
“I sold the PT.”
Heath's eyes popped open when he heard that.
“Oh, who'd you sell it to?” Jessica asked curiously.
Heath was emphatically making neck-slitting motions with is hand behind her. He was mouthing “shut up” to me.
I hesitated. “Oh, just some guy.” I finally said, and ended the discussion.

A month or so later, Heath sold an 8'-door someone had given him, on Craigslist for $225. Chip-off-the-old-block, I'd say. He texted me: “That was a good deal for him. 3 more good deals, it will cross off the PT.”
You do not have the required permissions to view the files attached to this post.
Mr. Wysdom
Libertyist
Scimonoce
Nonpartisan
Prof. Education
Top 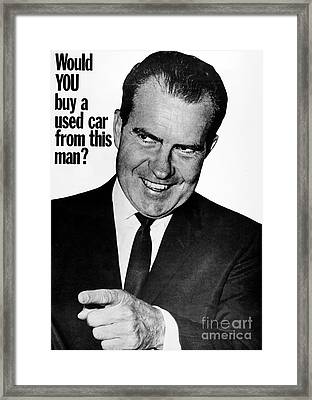 For legal reasons, we are not threatening to destroy U.S. government property with our glorious medieval siege engine. But if we wanted to, we could. But we won’t. But we could.