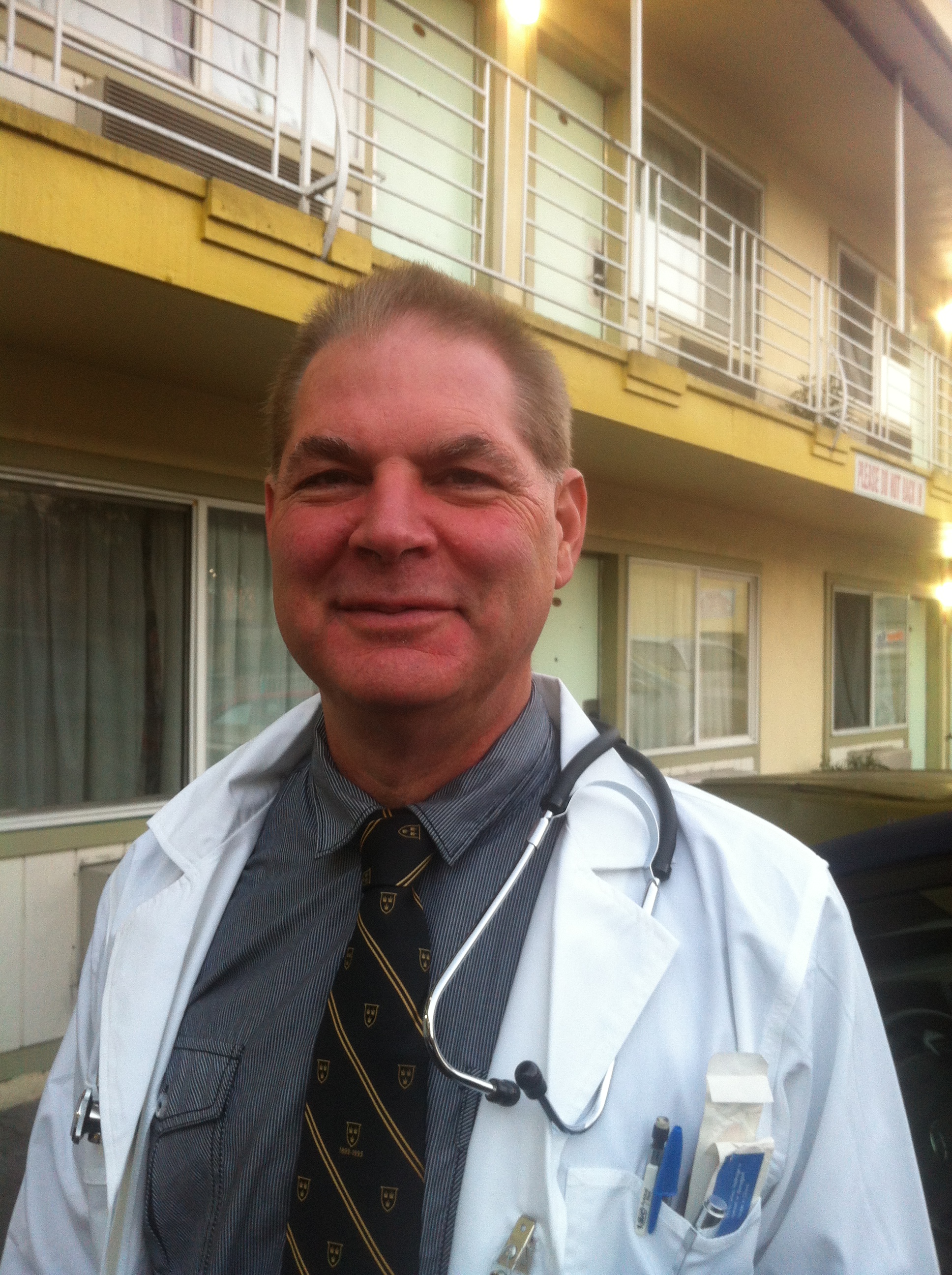 When you're a Middle-aged Med student, your motivations aren't the same as other students just starting their careers; my careers were over, I was becoming a doctor for purely personal reasons, one of the most important of which was for extreme experiences. With that explanation, it's easier to understand why I did my rotations in hospitals across the country that most students would avoid; hospitals in Harlem, The Bronx, South Miami, and most notable, East Oakland, California, one of “The Most Dangerous Cities in the World,” at Highland Hospital, the hospital designated for important persons should they get shot nearby because the GSW (“gun shot wound”) care is among he best in the world.
Highland Hospital 3.jpg
In fact, my very first rotation was at Highland, an old 1920s monstrosity that was mostly abandoned due to past earthquake damage, the old structure fenced off because of the danger of falling down. However, the new parts of the hospital were modern & efficient. Due to Highland's situation, there was a “u”-shaped drive-thru that channeled patients off the road, down a narrow lane, past a Sheriff's car in front of the Main Entrance. The Sheriff's office was located right behind the immense, usually full, Waiting Room. A streamlined row of triage teams processed the many awaiting patients quickly, who then passed between two Security Guards, a metal detector, and a security door that had to be opened remotely by another guard.
Highland Hospital 1.jpg
Never-the-less, during my first week there in the ER, after learning to perform the perfect DRE, I heard a commotion in the up front. Suddenly, a man in a hoodie came running past the Sheriff's office, through the crowd & the cops, slipped past someone going through the Security door, ran into the where the seriously injured patients are waiting to be attended to by the Trauma Team, and shot a guy on a gurney who had just come in by ambulance for a GSW. Then he ran out and got away. On the last day of my ER rotation I was hoping to get off early so I could make my flight to Lincoln Hospital in The Bronx for my OB rotation, but 5 GSW victims came in during the last hour of my shift & I missed my flight.

On my second rotation at Highland, this time in GI, I heard what sounded like gunshots outside my Second floor window. It turned out there was a gun-battle going on at the entrance of the hospital: 11 shots were fired. No one was apprehended. Ending my time at Highland in the same vein: there was a fat old bag-lady who slept all day with her head sprawled down on the table in the McDonald's. I saw her in the evenings going through the dumpsters outside the motels, putting treasures into her shopping cart. She got mugged and was my patient in the ER. She died.
You do not have the required permissions to view the files attached to this post.
Mr. Wysdom
Libertyist
Scimonoce
Nonpartisan
Prof. Education
Top
1 post • Page 1 of 1